Your team of professionals making your property our priority

Since 1995 Janet has been involved in real estate sales, rentals and sites acquisition.  During this same time Janet has also been writing and training simple sales systems for realestate and other companies in Australia, New Zealand and America.

Janet’s passion is property as was her father’s, and she is focused on ensuring her buyers and sellers are creating wealth through property even when looking for a new home.  Janet offers a hassle free experience and takes the stress out of the journey.  Janet only works with properties she believes is ‘A’ class to ensure safe properties for her clients.  Janet builds life time friends from her clients and often is called on repeatedly over the years.

In 1996 Janet started her own real estate company, Prime Property Sales, in Toowong, Brisbane, she purchased a building and recruited around 40 sales people.  During this time Janet’s company was a leader in the property industry in Brisbane in sourcing sites for developers and selling the end project, either off the plan or completed projects.  Janet’s sales systems worked. She recruited people who had no experience in real estate and turned them into leaders in their industry in a hard market, especially in the mid to late 90’s.

Janet is a networker and only looks after a few clients at a time to ensure the best service and total commitment to her buyers and sellers.  She is surrounded by a strong team of experts such as solicitors, financial advisors, rental mangers, insurance agents, etc that she can call on to support her clients.

Janet lives at Noosa, has 43 acres on Cooroy Mountain, Eumundi and a beach house and is living the dream while working with her passion… property.  She has three children, three grandchildren, one horse and one dog.

Janet has been very community minded and has just stepped down from President of the Noosa Chamber of Commerce, is an Australian Light Horse Member leading the Anzac parades on her horse every year and was an active member of Rotary for the last two years.  Janet has also raised a lot of money for the Cancer Council through many functions and events. 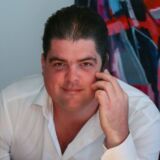 Blake is a highly effective communicator and adept at building long-term relationship by establishing high levels of confidence and trust.  He can grasp new ideas and integrate them into desired results.

He is apt at prioritising and operating proactively with the persistence to trouble shoot issues.

Michael’s knowledge of finance and loan structure remains current and fresh. His clients benefit from a common sense approach and an inherent ability to problem solve.

Michael’s previous profession as a Computer Programmer set the foundation for the skillset to fact find, analyse and implement the proposed solution.

No different to Mortgage Advice to suit your financial needs.

Michael’s areas of specialty are: